a short test about dogs

I'm not a dog specialist so please forgive me for any inaccuracies.

no way pitbulls are more dangerous than wolfdogs, just because more fatalities happens from pitbulls that is not how statistics work. Not many people own wolfdogs while pitbulls are one of the most popular breed.

thanks for your feedback.  I'm not a specialist, but as far as I know, it is proven that Pitbull is the most dangerous breed.

i think it is because American pitbull terriers  are a breed unlike wolf dogs (that is excluding hybrid breeds selected for a dog-like behavior who are in majority dogs genetically anyway.)

You need a permit to own a wolfdog in many countries and their breeding may be illegal because unlike dogs (even pitbulls) they lack the several genetic mutations humans have selected for a more submissive and friendly behavior.

There's a reason there are sanctuaries for wolves and wolf dogs but not pit bulls.

interesting topic, thanks for bringing it up (: 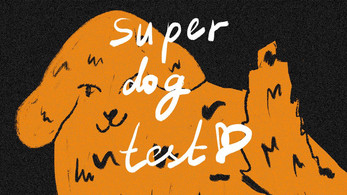